The World’s Largest Music Festival, Summerfest, opens on Wednesday, June 29th and David Seebach will be there for an unprecedented 37th consecutive year with a new edition of his Wonders of Magic show.  “I’ve never presented the same show twice,” the magician explained.  “I bring acts back that haven’t been seen for years and there’s always something new.”

For 2016 Seebach has dusted off a whimsical illusion called Compressed where his lovely assistant is humorously reduced in a perplexing manner.  Since it appears like something you’d see in a cartoon, Seebach chose a familiar tune to accompany the onstage action.  “The song is Raymond Scott’s “Powerhouse’ and the folks at Warner Bros used it in their famous Merrie Melodies and Looney Tunes cartoons.  Seebach advised, though, not to be late as this act starts the entire show off.

Another new feature is called Cue the Magic where an audience volunteer performs for everyone else just by reading some cue cards.  It seems silly at first, but the climax delivers an unexpected wallop of mystery.

There are other opportunities to ‘get into the act’ as Seebach beckons festival-goers to join him on the Northwestern Mutual Life’s Children’s Stage.  It might be something simple (like an uncanny card trick) or something a little edgier (did someone say guillotine?).

Brand-new for 2016 is a creepy mystery based on the famous Lizzie Borden murder case of over 100 years ago.  Do spirits now inhabit the mansion where two deaths occurred in Massachusetts?  This head-scratching illusion is presented in this performer’s inimitable style, perhaps eliciting shivers even though it’s 75 degrees outside.

You can enjoy David Seebach’s Wonders of Magic on these five days at Summerfest: 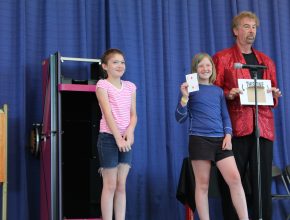 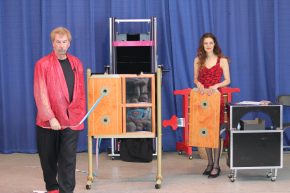 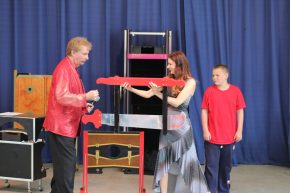